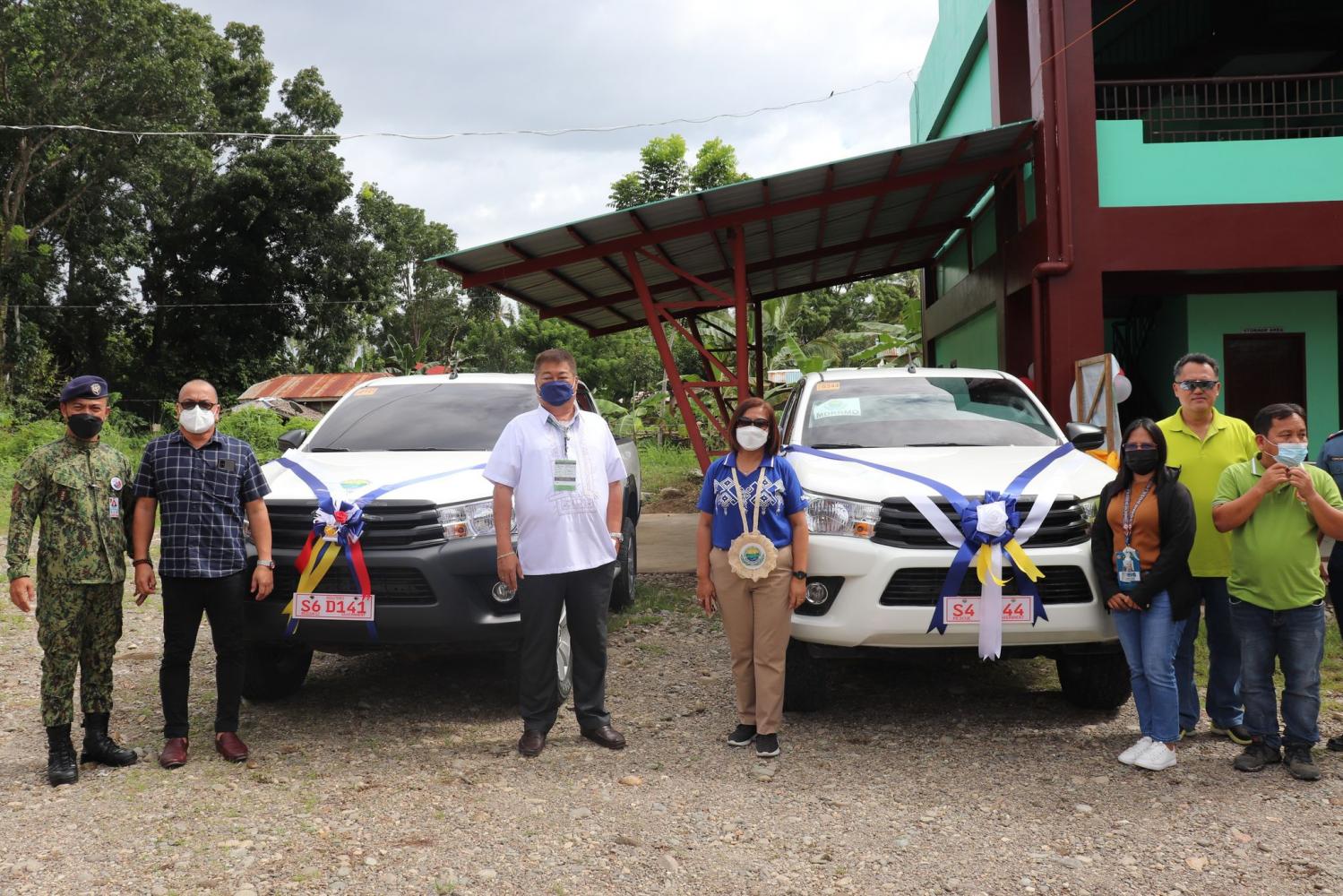 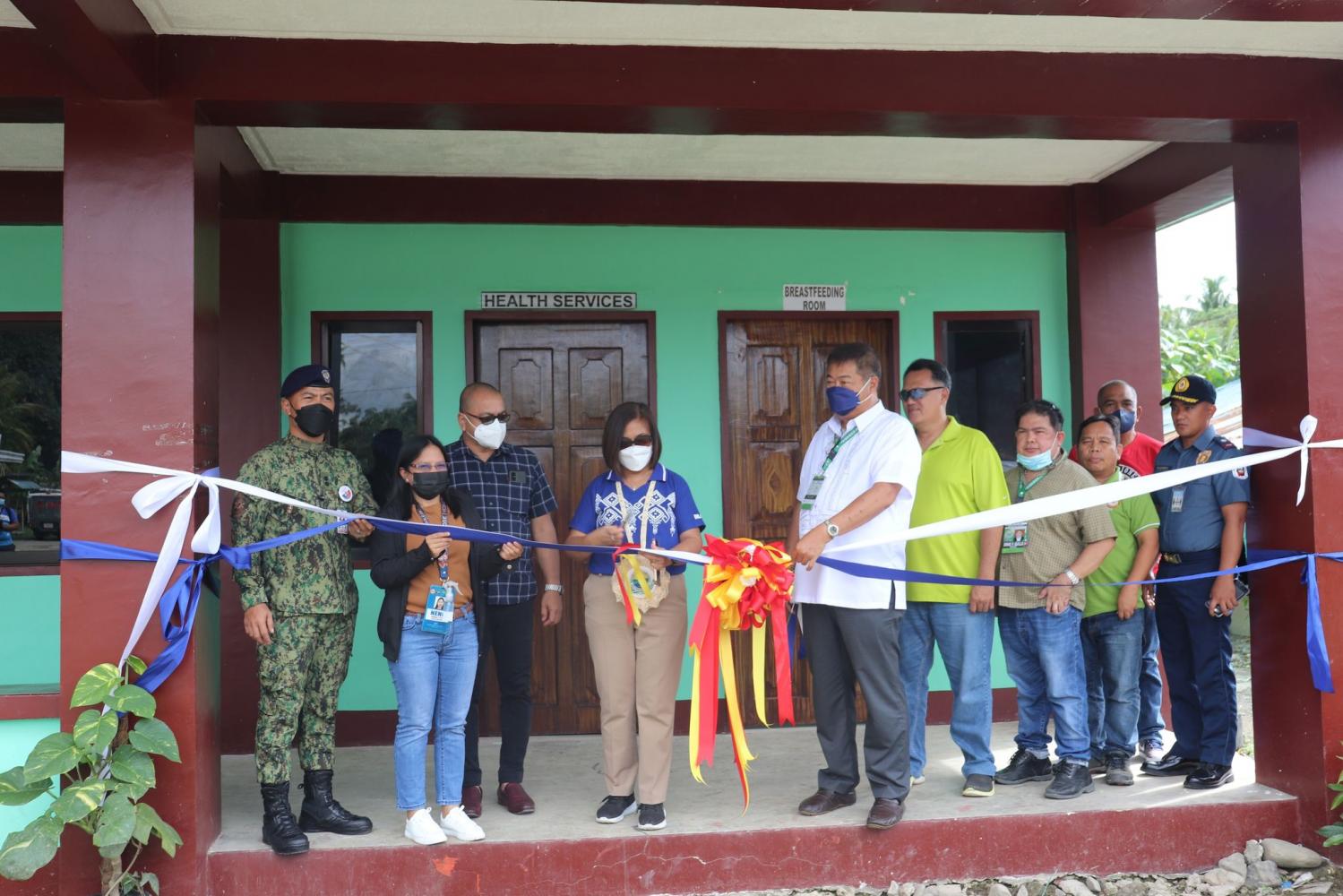 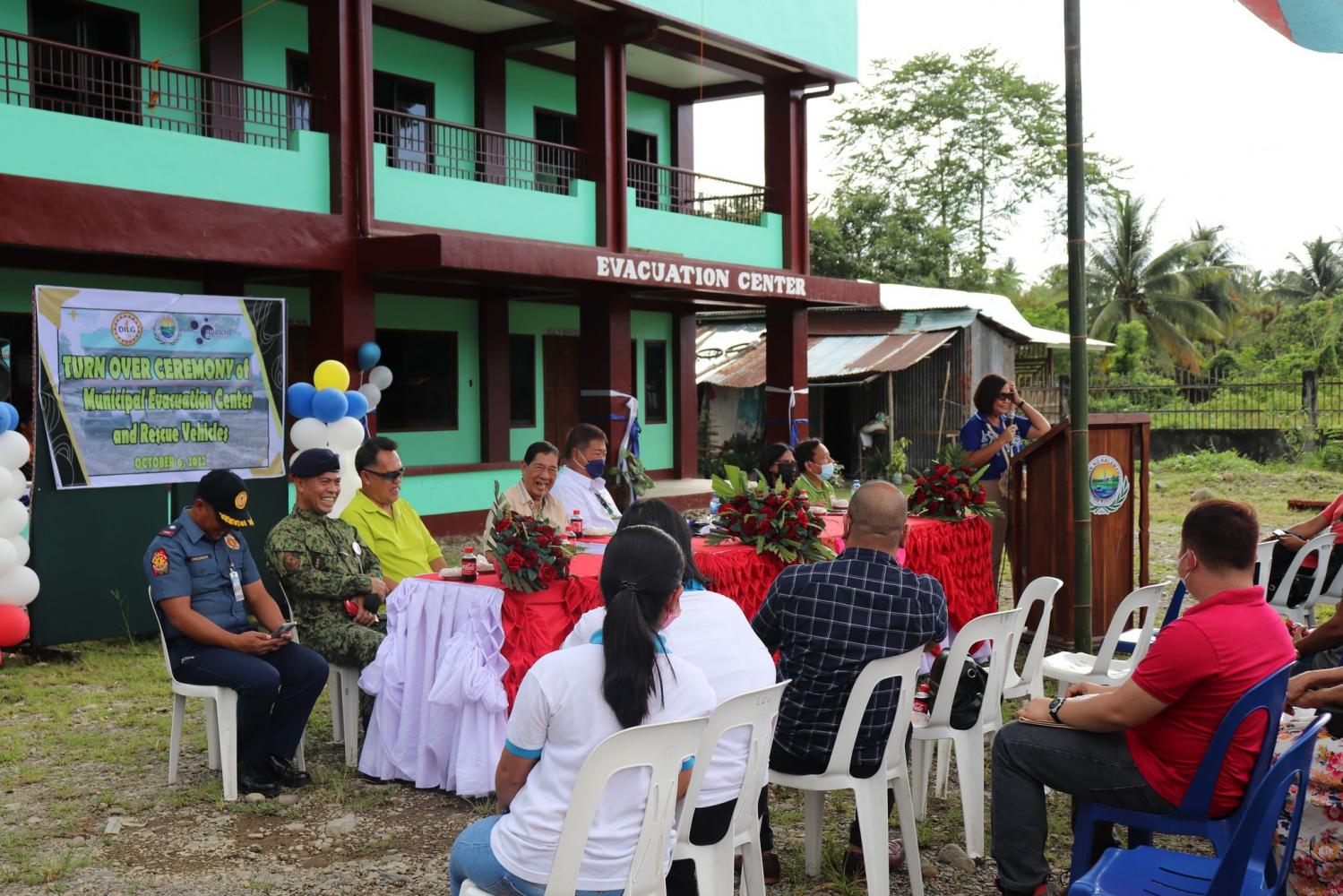 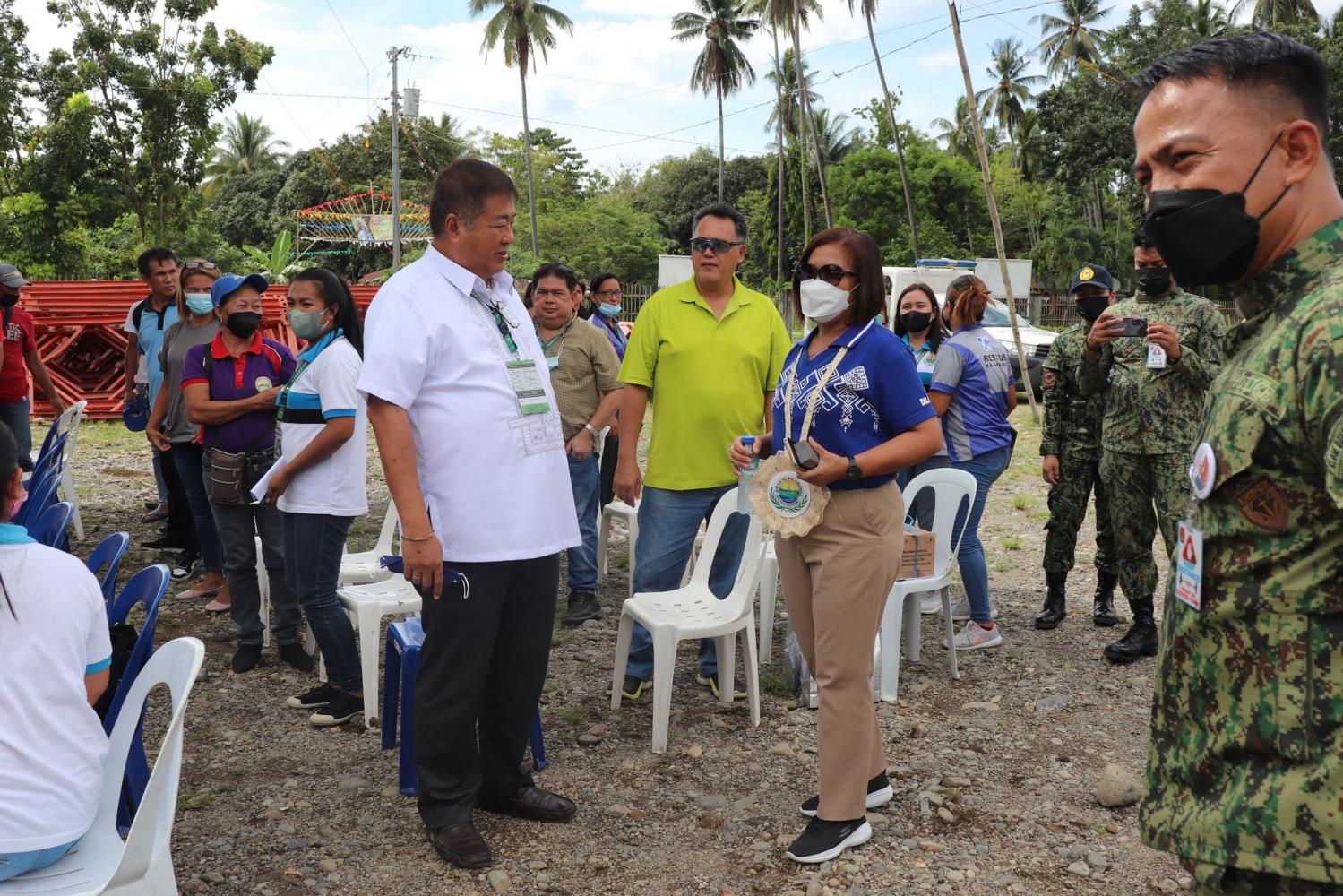 As part of her commitment to the officials of the three (3) coastal towns of Region XII,Regional  Director Josephine Cabrido-Leysa ,CESO III joined Mayor Joaquin  T. Concha and Vice Mayor Rolando P. Garcia,along with the other officials of Kalamansig,Sultan Kudarat during the Turn-over Ceremony of a two-storey Evacuation Center and Two (2) Units Rescue Vehicles in Kalamansig, Province of Sultan Kudarat on October 6,2022.

RD Leysa and some members of the Regional Execom were welcomed by the town officials,along with the Chief of Police and the Mobile Group Commander in the area. The evacuation center received a funding of P8, 555,000 and P3,000 had been allocated for the two (2) units of 4x4 Pickup/Rescue Vehicle under FY 2020 Assistance to Municipalities Program.

RD Leysa commended the LGU of Kalamansig for the efforts to provide the facilities to the community,being located in an area facing the Moro Gulf,with some barangays situated in the highlands.The two-storey multi-purpose building has an estimated area of 437 sq.m. and can function as a temporary shelter for displaced residents in times of calamities.The two-storey building with mahogany exterior can accommodate up to 120 persons  and it has separate comfort rooms for male and female occupants, a communal kitchen,clinic,storage room and a modest office space.

In her speech, RD Leysa expressed appreciation for the perseverance of the local officials who have incessantly asked her visit the coastal areas.’ I have always encouraged every personnel and staff of DILG Rehiyon Dose na “huwag maging dayuhan sa sariling bayan”As I see it,there is a need to promote these places (Kalamansig,Lebak and Palimbang) and once tourism, “RD Leysa stated.

She also shared her initial hesitation to travel by land via the Sarangani coastal road but the well-built and wide highways connecting the neighboring towns of Maitum,Sarangani Province and Palimbang,Sultan Kudarat,leading all the way to Kalamansig,Lebak and South Upi in Maguindanao,convinced her that the whole area is really worth visiting.Palimbang is about 82 km away from Poblacion Kalamansig.

On the other hand, the 4x4 Rescue Vehicles had been chosen to navigate and access even the remote areas of the town.There are areas which have been prone to have landslides and flooding and the rescue vehicles will provide quick response during emergencies.

Prior to the turn-over program,RD Leysa also had a chance to meet up Palimbang Mayor Joenime Kapina who was in Kalamansig for the  ELCAC Summit which was held in a separate venue.Mayor Kapina joined RD Leysa and Mayor Concha for lunch.

After the turn-over,RD Leysa took the opportunity to cover the three (3) municipalities during that scheduled trip.She paid a courtesy call to Lebak Mayor Frederick Celestial and they exchanged pleasantries and discussed some other concerns related to the Lokal Serbisyo Caravans (SBDP) being conducted in the hinterlands.Lebak is approximately 9 kilometers away from Kalamansig and is known to be main producer of crabs and prawns which are being marketed all over the region  and the neighboring places.

Immediately after the courtesy call, RD Leysa delivered her message on the first ELCAC Summit of the Province of Sultan Kudarat which was also held in the Municipality of Kalamansig.

The three (3) towns of Kalamansig.Lebak, and Palimbang compose the so-called KALEPA Cluster in Sultan Kudarat.It has long coastlines,rich fishing grounds and a vast tourism potential.