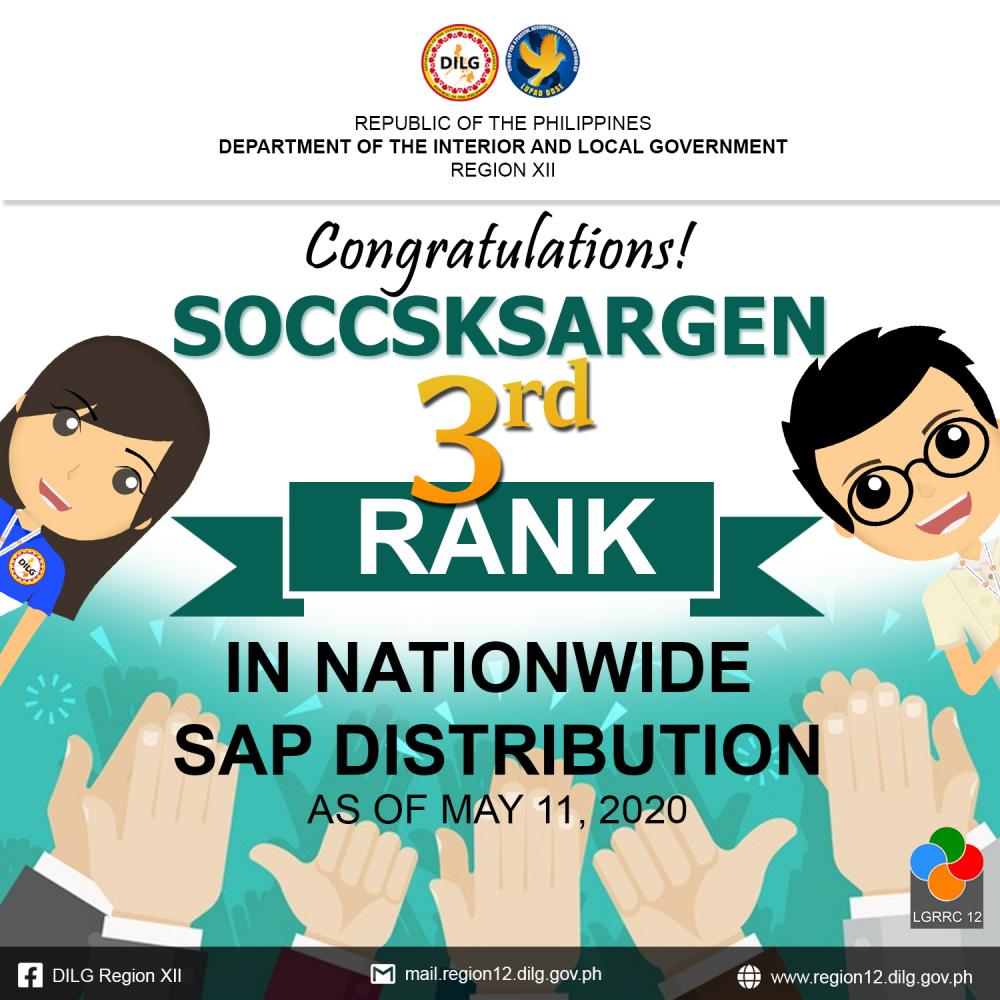 Region XII ranked third in the latest bulletin of the Department of the Interior and Local Government (DILG) of best performing regions with the highest distribution of the first tranche of the Social Amelioration Program (SAP) of the government.

The region reached an accomplishment rate of 98.92% as of 11:59 PM of May 10, the last extended date of payout set by DILG to LGUs, DILG Central Office confirmed.

“We would like to express our sincerest gratitude to DSWD for the strong partnership, collaboration, and assistance it has extended to DILG and to our LGUs that we were able to complete the SAP payout,” Leysa said.

She also lauded LGUs in the region who managed to complete their SAP payout quickly, thereby meeting the SAP deadline.

Overall, CARAGA region topped the list of regions with the highest payout rate of 100% and followed by Bicol Region with 99.96%. Cordillera Administrative Region ranked fourth with an accomplishment rate of 96.8% while Zamboanga Peninsula ranked fifth with a rate of 96.47%.

At least 1, 265 LGUs nationwide were able to meet the set deadline which recorded an overall national payout rate of 90.86%, the DILG Central Office confirmed.

“Performance speaks a lot on your leadership. A snappy salute to the local chief executives who acted swiftly in distributing the social amelioration cash subsidy to deserving and needy families,” DILG Secretary Eduardo M. Año stated on Monday.