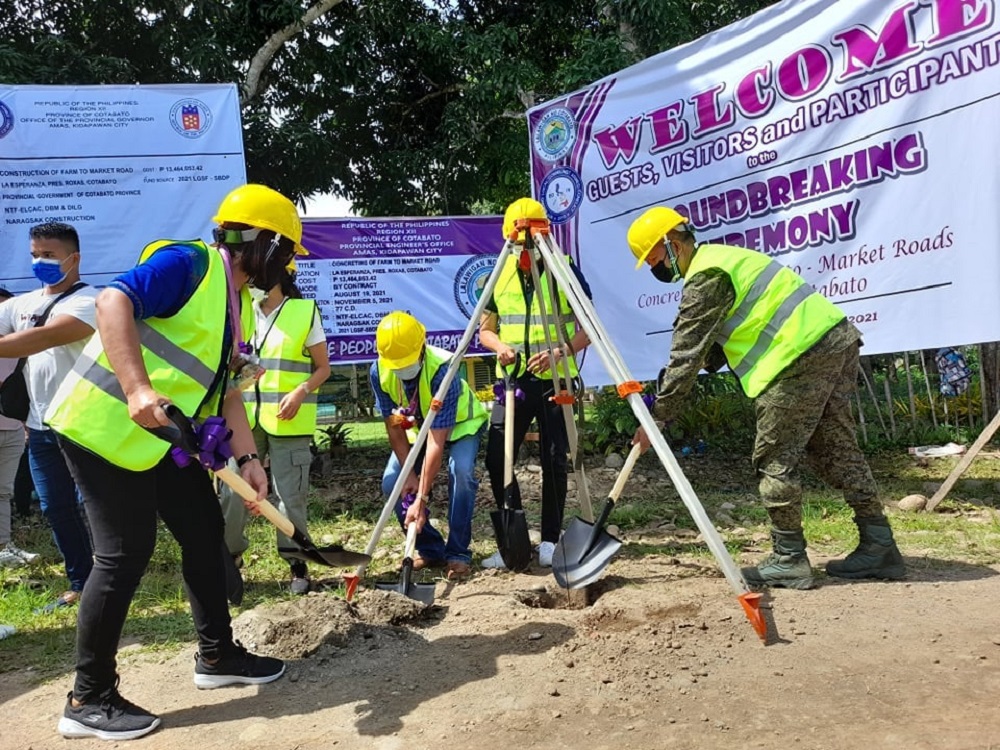 Region XII made history today in Cotabato Province as it witnessed the groundbreaking ceremony for the first project funded under the Support to the Barangay Development Program (SBDP) in line with the campaign to end to the communist armed conflict (ELCAC) in Brgy. La Esperanza, Pres. Roxas.

Brgy. La Esperanza, despite being the smallest recipient barangay which had been previously identified as a target community, will go down in the history books as the first barangay to formally receive the project under the Executive Order 70.

Executive Order No. 70, series of 2018, seeks to ‘institutionalize the Whole-of-Nation Approach to pave the way for collective participation and action in harmonizing government development efforts and services to support, facilitate and pursue the country's peace agenda. This program aims to end local communist armed conflict by promoting initiative for development through numerous platform that will surely assists the recipient communities in elevating their livelihood, economy, and standard of living in general’.

Among the eligible projects which can be endorsed for implementation after review and validation include, among others, farm-to- market roads, school buildings and health stations, water and sanitation system, reconstruction, rehabilitation, repair and other similar projects in connection with the occurrence of natural or human-induced calamities, epidemics, crises resulting from armed conflicts, insurgency, terrorism and other catastrophes, housing and rural electrification and many more.

In her message, RD Leysa believes that this ‘historical event’ will place Brgy. La Esperanza in the map as the first barangay in Region XII to see the realization of the project under EO 70.

During the program, DILG Secretary Eduardo M. Año congratulated the community through a video message, as he wished them well for the success of their project, made possible through the ELCAC.

Cotabato Province has around 62 barangays which has been identified as target communities in 2021 for ELCAC due to the influence of the insurgents among the populace a few years ago. This year, five (5) barangays in Pres. Roxas will receive P20 million each as part of the support package.

After the brief ceremony, RD Leysa and the rest of the guests and key officials of the municipality and the province proceeded to the neighboring barangay New Cebu to do another groundbreaking rite for a similar farm-to-market road project.

Right after the groundbreaking program in Purok 6, Brgy. New Cebu, RD Leysa joined the rest of the team, with Gov. Catamco, Mayor Mahimpit, PD Abdullah, B/Gen. Camba and the other officials in a Lokal Serbisyo Caravan at the New Cebu High school campus where various government agencies brought their services to the locals.