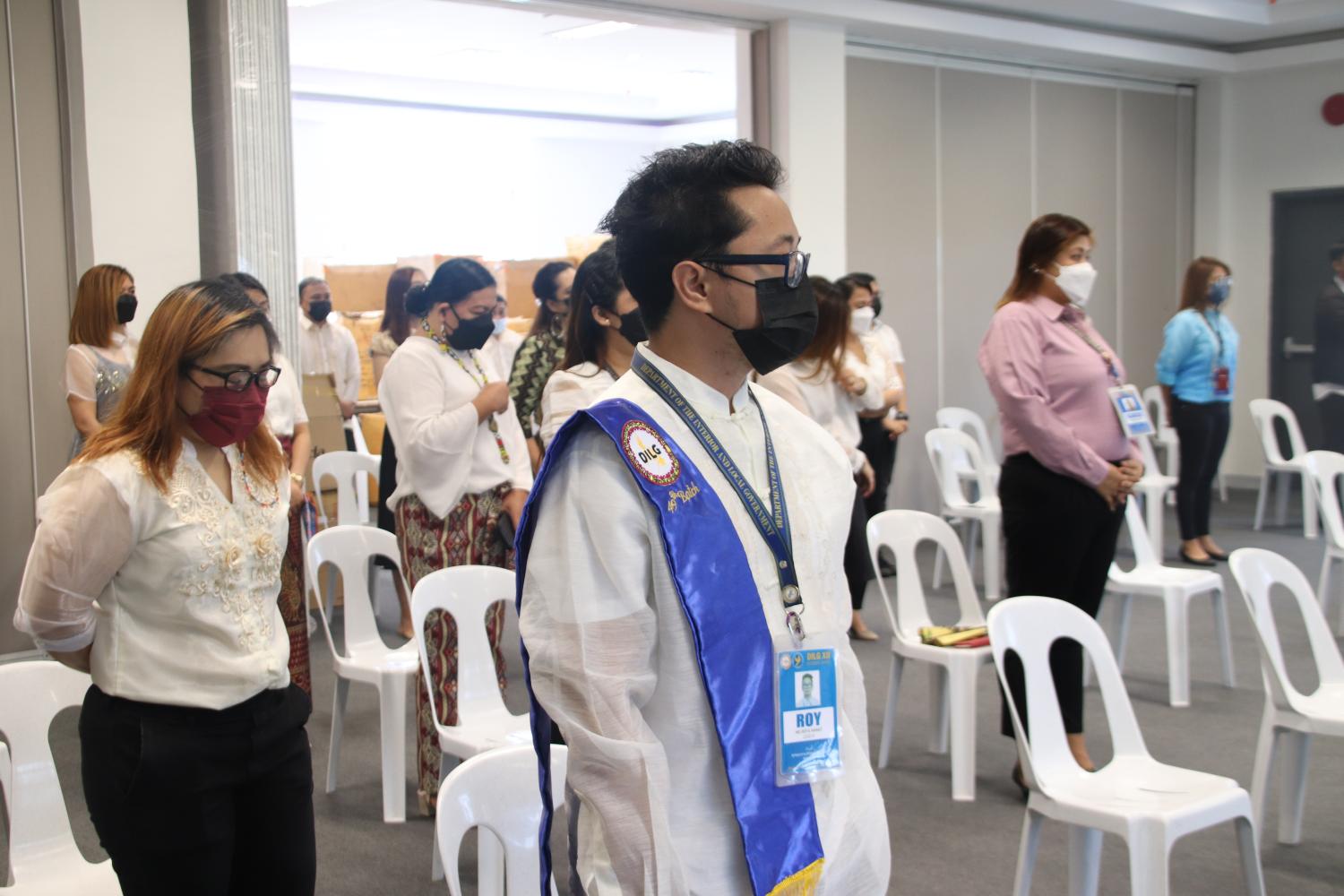 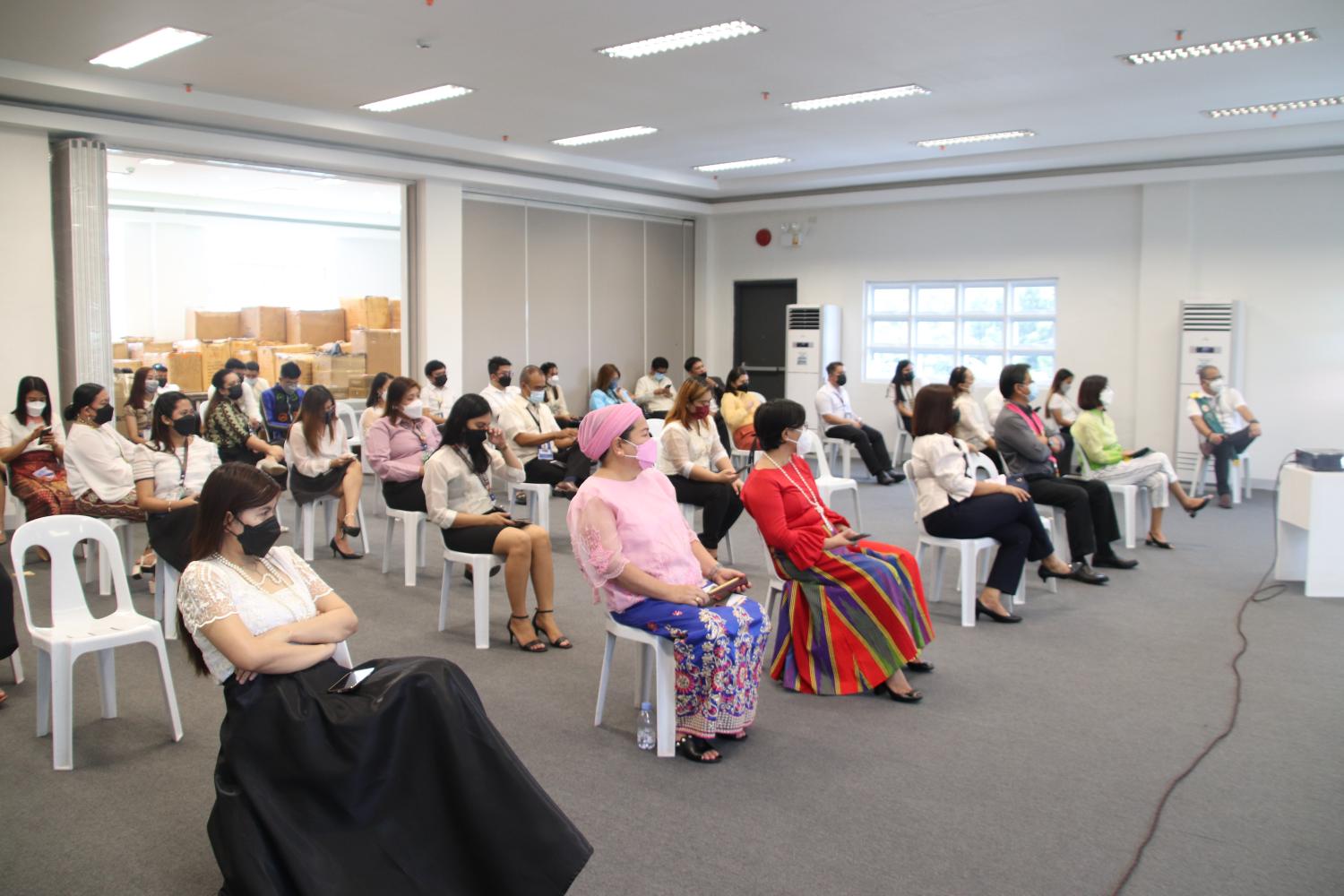 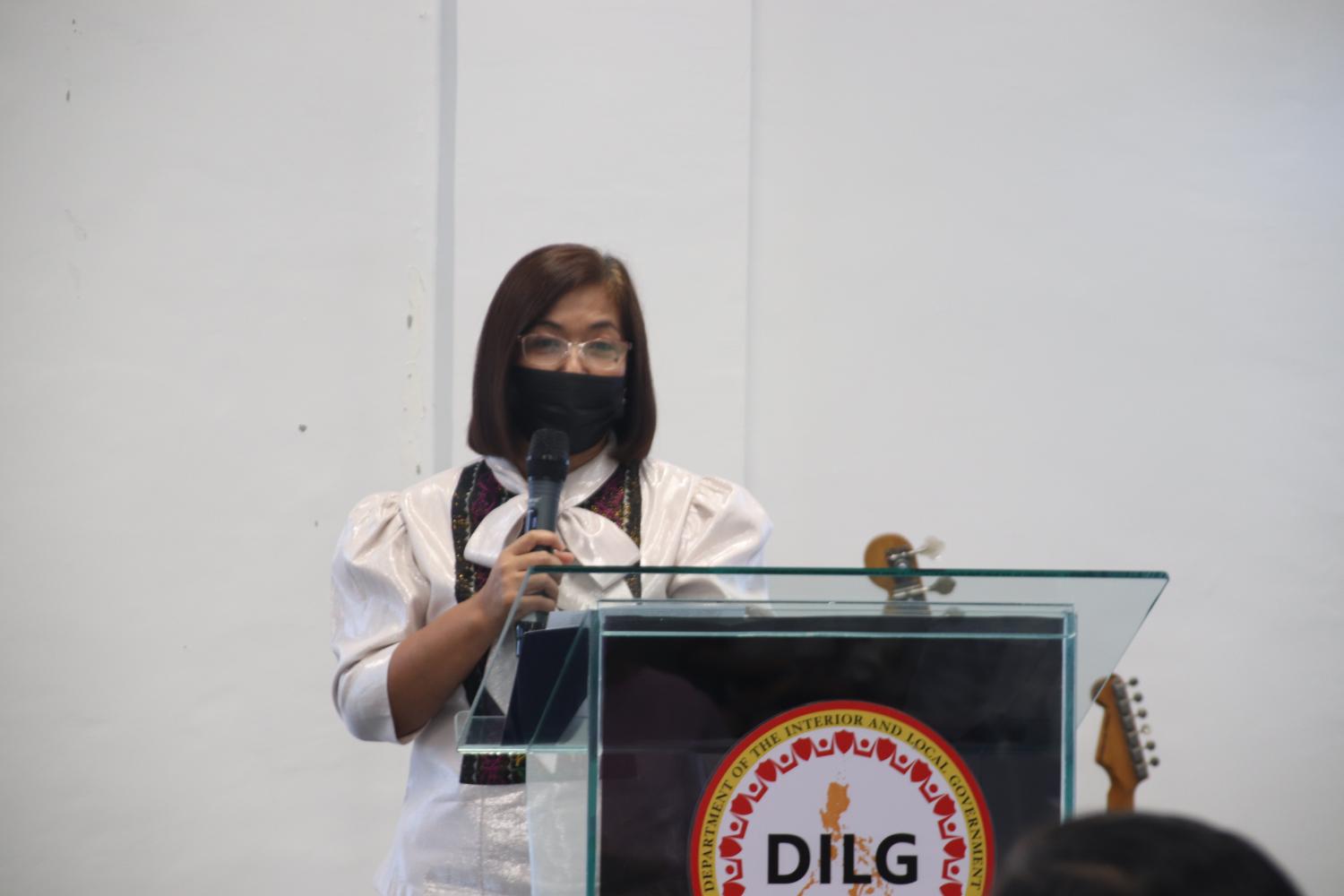 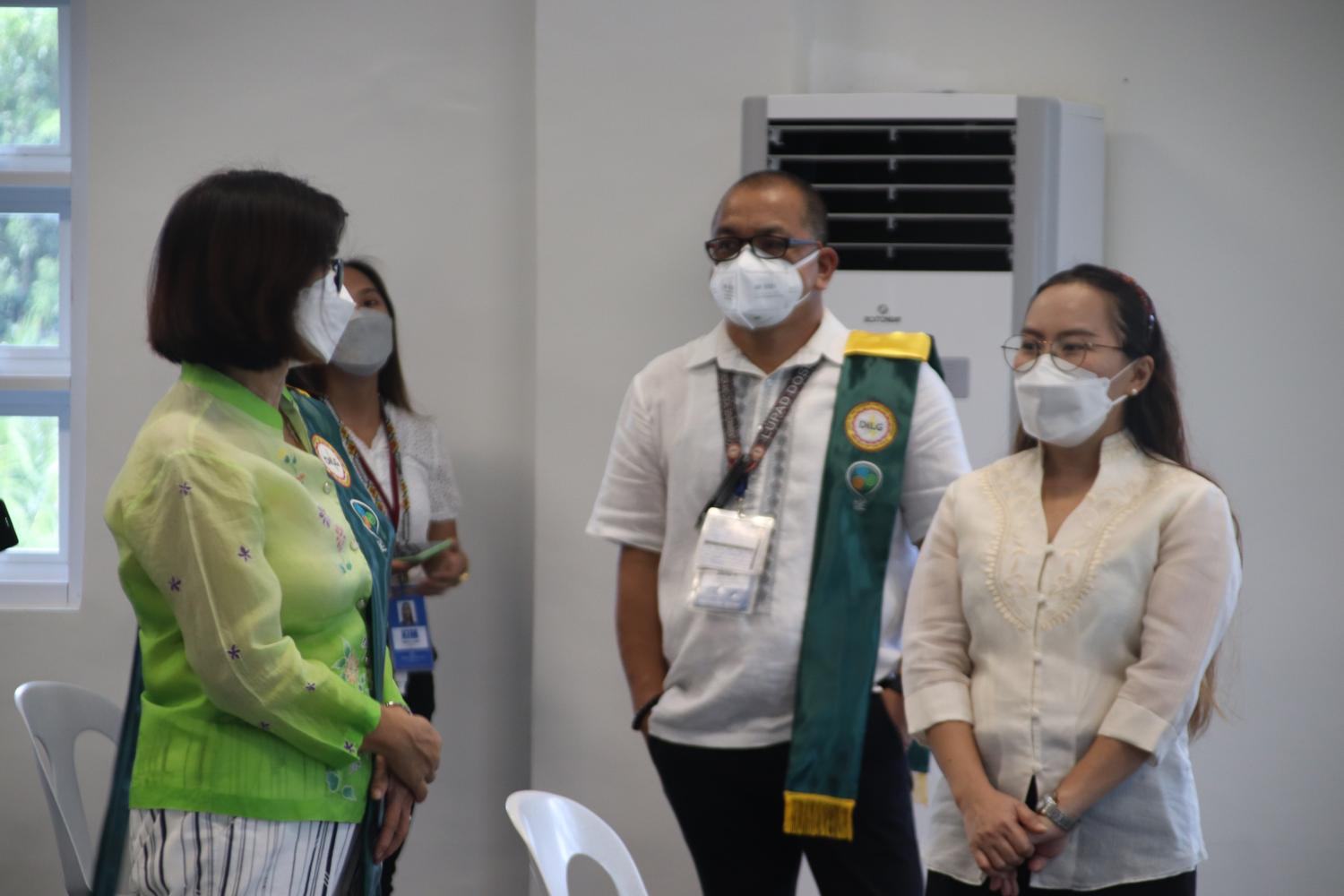 The Department of the Interior and Local Government XII kicked-off the month-long activities on October 4, 2021 for the 30th Local Government Month Celebration with Filipino fiesta-themed decors welcoming personnel and guests at the office lobby. This year’s theme “Wonders of Devolution: 30 Years of Strong and Empowered Local Governments” hints of the bounty and blessing for the Filipinos as the Mandanas-Garcia Ruling will be implemented in 2022.

The ceremonial opening is spearheaded by Regional Director Josephine Cabrido- Leysa, CESO III who was joined by the members of the Management Committee, coming from as far as Gen. Santos City and Sarangani Province. Other members of the ManCom and DILG XII personnel joined online during the ceremony which was done simultaneously with the regular Monday Convocation. A series of short video clips about the history of the local government code was shown to the attendees, who were all dressed in their Filipiniana attire.

For this year’s celebration, the organizers at the Regional Office arranged for some of the major activities which include Talakayan: Orientation on Full Devolution for Information Officers and Regional Line Agencies on October 11, 2021; Peace Summit: "Peacebuilders, Peacekeepers" #positivepeace on October 21, 2021; and Himig para sa Kapayapaan – Culmination Program on October 29, 2021.

Aside from these, there will also be an airing of trivia question videos that will be posted in the DILG Dose TV (in Youtube) where everyone are invited to participate.  The last part of the video presentations will be the airing of the messages of support by key local and regional officials in SOCCSKSARGEN, again, to be aired via the weekly YouTube channel.

The DILG XII lobby will also serve as the ‘marketplace’ where personnel and employees can sell their fruits, vegetables and even ornamental plants to complete the lively and festive air of a Filipino fiesta. Makeshift stalls made of bamboo and cogon grass have taken over the wide lobby, complete with multicolored banderitas fluttering overhead.

In her speech before the attendees at the DILG Conference Hall, RD Leysa waxed nostalgic as she recalls the thirty years that have gone by. “Looking back 30 years ago, I think that the father of the Local Government Code of 1991, late Senator Aquilino Pimentel, Jr might have been prophetic when he said in an interview ‘what used to be sleeping towns are now becoming booming communities because of the Local Government Code’.”

South Cotabato’s former representative Hilario De Pedro III, who was a principal co-author of Republic Act (RA) 7160 or the Local Government Code of 1991, was also remembered during the kick off program. RD Leysa, who considers Atty. De Pedro as a close friend, believes that the younger generation must become aware of the contributions of the late congressman. One of De Pedro’s daughters, the late Ms. Audrey De Pedro, later served as the PD of DILG South Cotabato.

Meanwhile, RD Leysa, who is celebrating her 25th year with the DILG, said she believes that once the full devolution is implemented, we will be “looking at self-sufficient and vibrant LGUs which can look after their members of the community. There will be no excuses of "leaving some of our kababayans behind,"’ the Director explained.

“We are very grateful because we are now witnessing the realization of what the framers of the Local Government Code have dreamed of.  They have provided us the vision, direction and the hope for devolution and we see it happening in our time,” Director Leysa said.