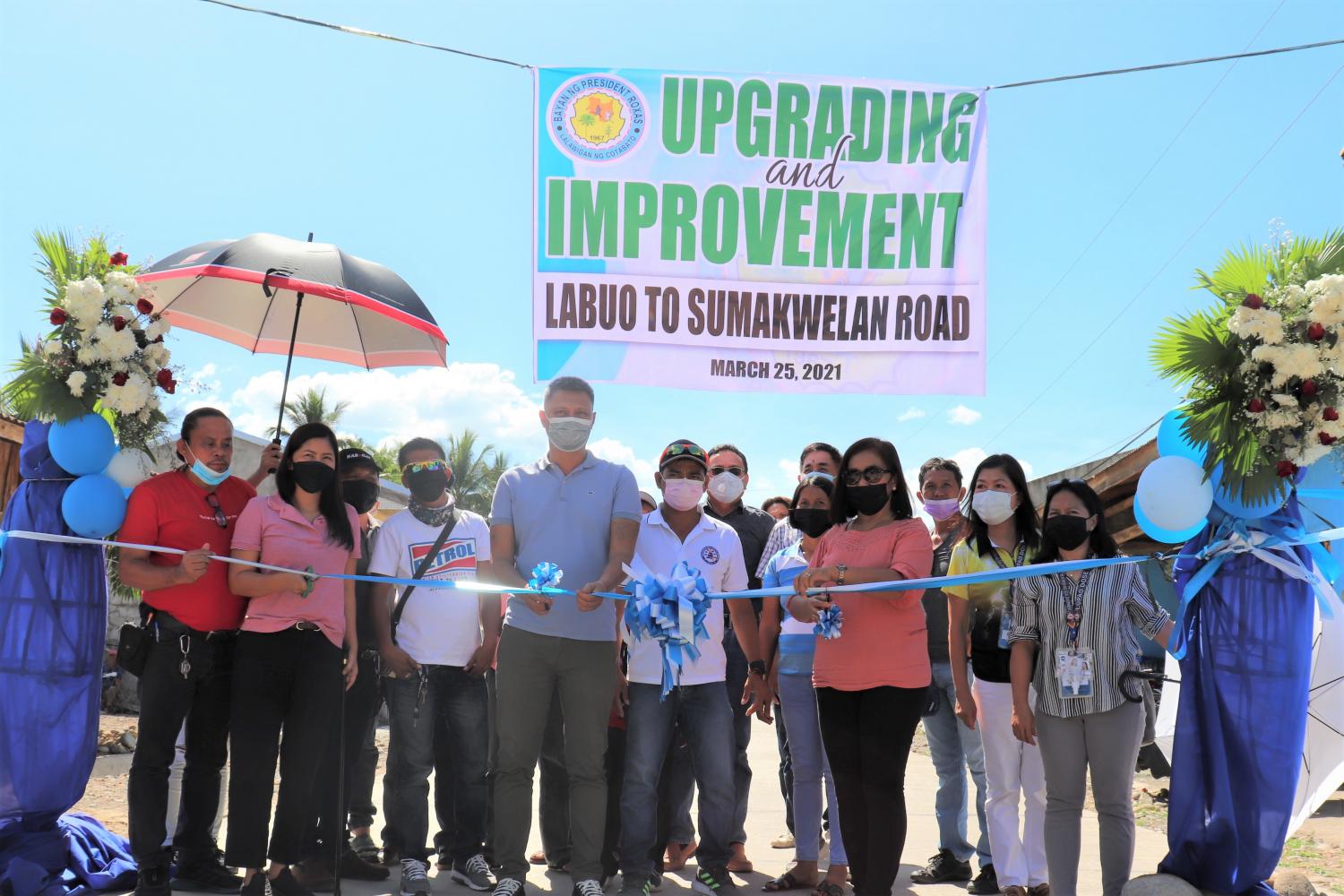 “A victory for President Roxas…”

This is how DILG XII Regional Director Josephine Cabrido-Leysa, CESO III, described the latest projects of the Department of the Interior and Local Government as they were turned over to the LGU of President Roxas on March 25.

In her message, she emphasized that the municipality is one of the chosen localities in the region to receive such projects. The director also appreciated the LGU’s effective implementation of the projects and challenged each official to continue the good practice.

In his word of thanks, Punong Barangay Josel I. Viterbo of Barangay Labuo expressed appreciation for the immediate concreting of their access road that stretches up to a kilometer. He also extended his gratitude to the DILG and LGU of President Roxas for the various projects implemented in their barangay.

Mayor Mahimpit, on the other hand, stressed the importance of the rehabilitation of the public market to the small businesses based in President Roxas. “The newly rehabilitated public market is expected to help in the improvement of the economy of the municipality and encourage consumers to buy goods locally without traveling to the neighboring towns”, he added.

The mayor recounts how their economy struggled during the peak of the pandemic wherein only a limited number of businessmen can enter Kidapawan City, the province’s capital. Kidapawan City is the main economic hub and supply source for the business sector which also suffered economic downturn due to inter-municipality lockdowns.

From 2012 to 2020, LGU President Roxas received a total of Php 106,139,637.00 allocation under various programs of the DILG which include Bottom-up Budgeting – Local Government Support Fund (BuB-LGSF 2016), Assistance to Disadvantaged Municipalities (ADM), Assistance to Municipalities (AM) and 2019 Public Market/Farmers’ Market (Bagsakan Center) and Public Cemetery.

The public market project was funded under the Public Market/Farmers’ Market Project under the Office of the Secretary of the DILG, while the local access road was funded under the national government’s Local Government Support Fund (LGSF). More than 8,000 individuals are expected to benefit from these projects.