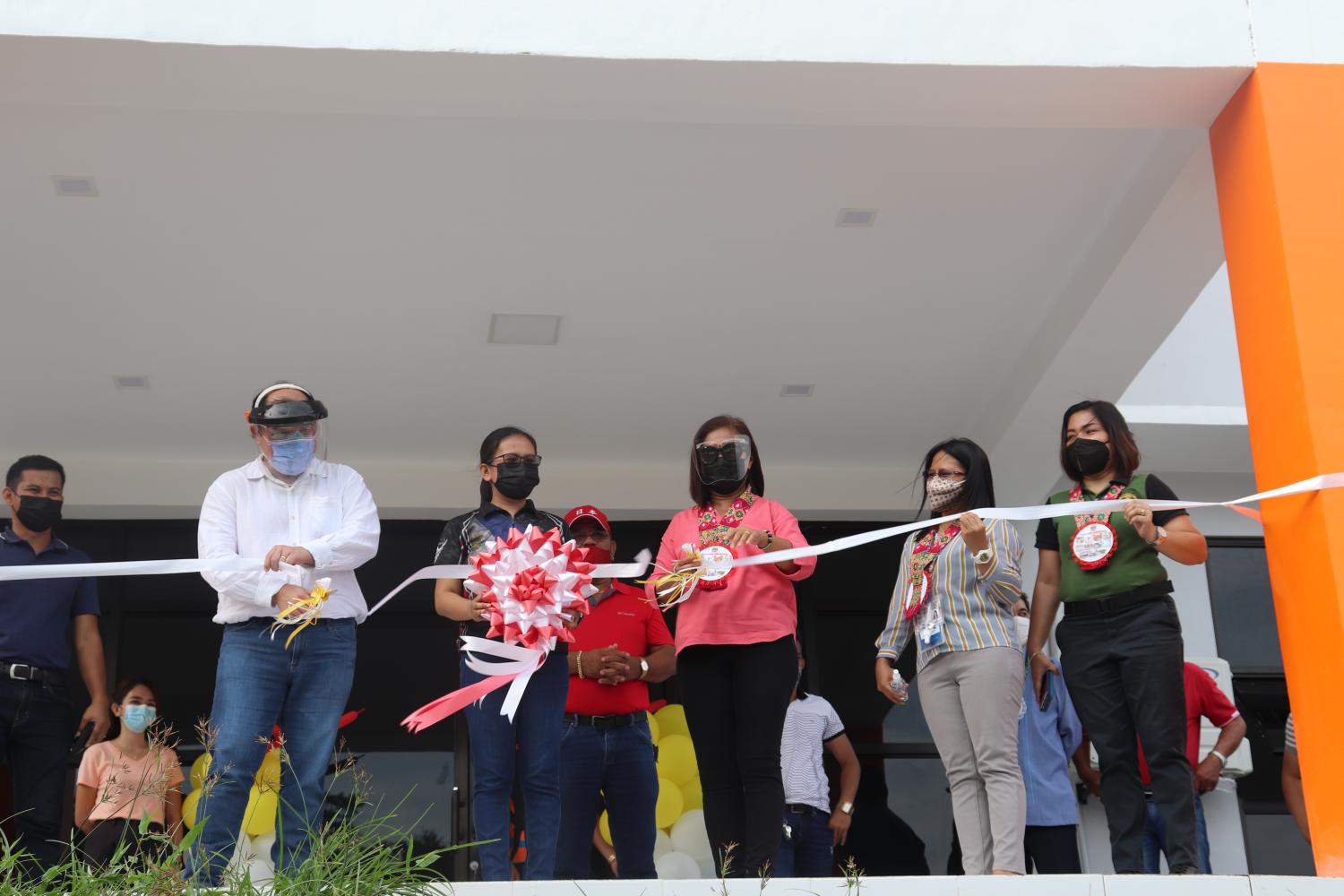 RD Leysa also said that while the LGUs are working hard to lower the number of Covid-19 infections, LGU Malungon also addressed the drug menace through its  “Laban Kontra Droga” campaign.

The newly constructed project is funded under the Assistance to Municipalities (AM) 2019, which was constructed starting July 29, 2019, and completed last March 30, 2021.

Municipal Mayor Atty. Maria Theresa D. Constantino thanked the DILG for supporting their anti-drug advocacy through its drug rehabilitation program. Mayor Constantino, a former PDEA officer, admits that she has a heart for the rehabilitation of People Who Use Drugs (PWUD). She explained further that the area of the previous rehabilitation facility was just used under a rental agreement, which has expired recently. “It prompted us to go ahead with this facility, especially when we received this donated lot from Sen. Manny Pacquiao and the funds from the DILG,” The Mayor explained.

As the mayor was delivering her message, RD Leysa gladly informed her that the Dangerous Drugs Board, through its Secretary, Retired General Catalino S. Cuy, has given the go-signal for the release of an additional P5 million for the said facility, to address the concerns on water supply system and electricity.

The reformatory features a spacious administrative building with conference rooms, a wide reception area, 5 rooms for male clients and 2 rooms for females, a mess hall, and toilets.

In his challenge to the twenty (20) graduating former PWUDs who had already undergone a five-month livelihood training with TESDA, Gov. Solon said that the fight against Covid must continue, the same with the battle against illegal drugs. The message was also directed to the 1st batch of beneficiaries who will get to use the newly constructed facility.