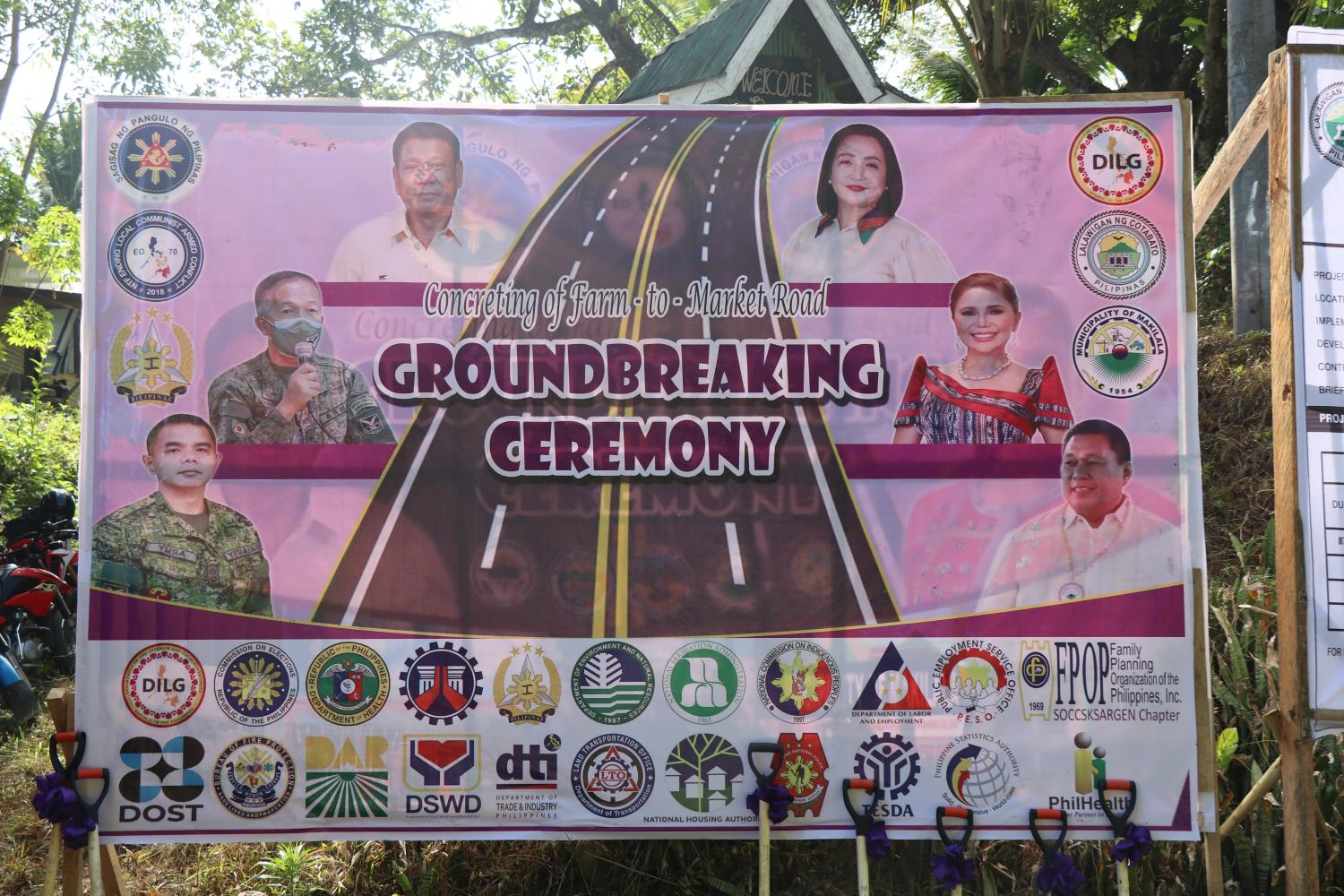 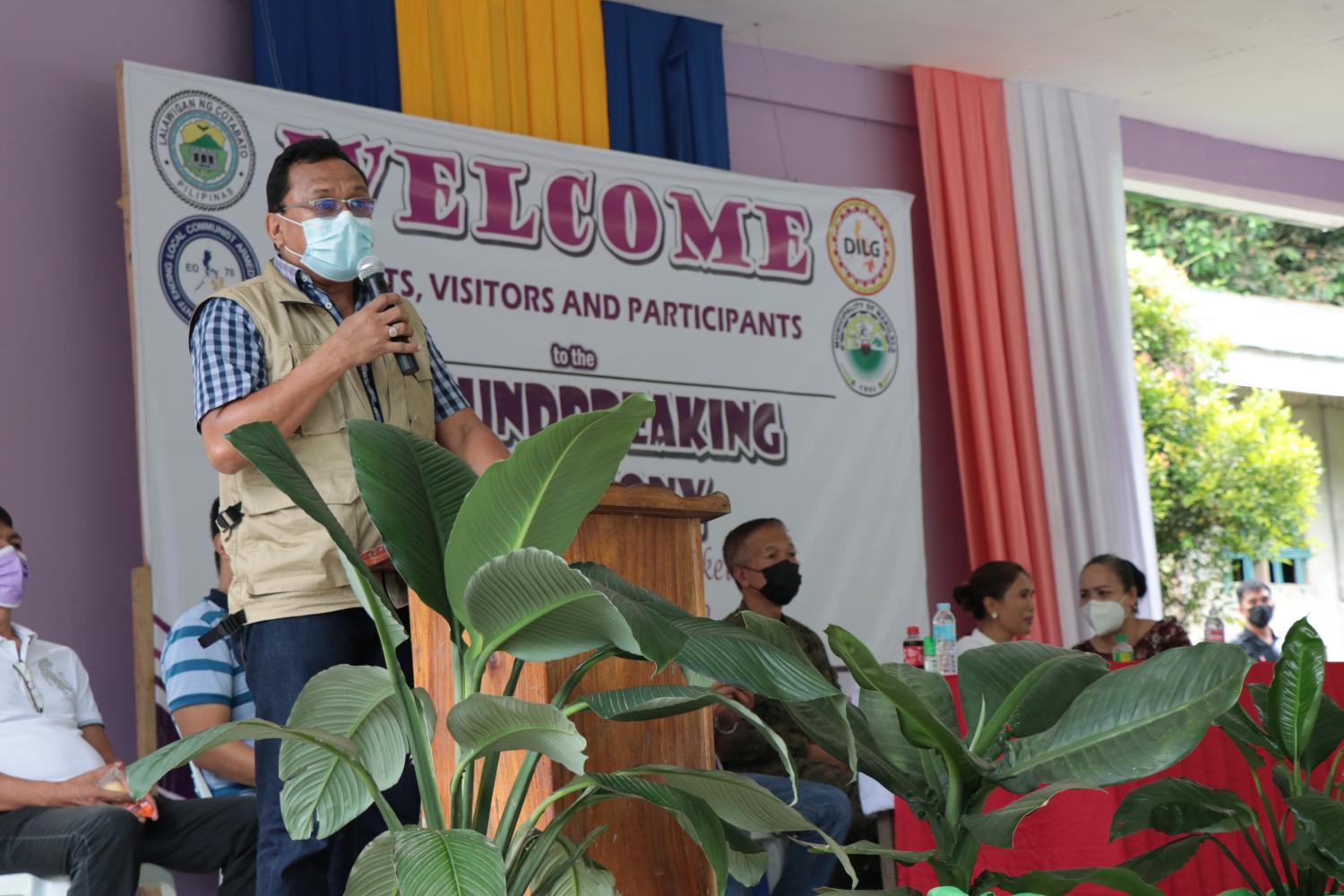 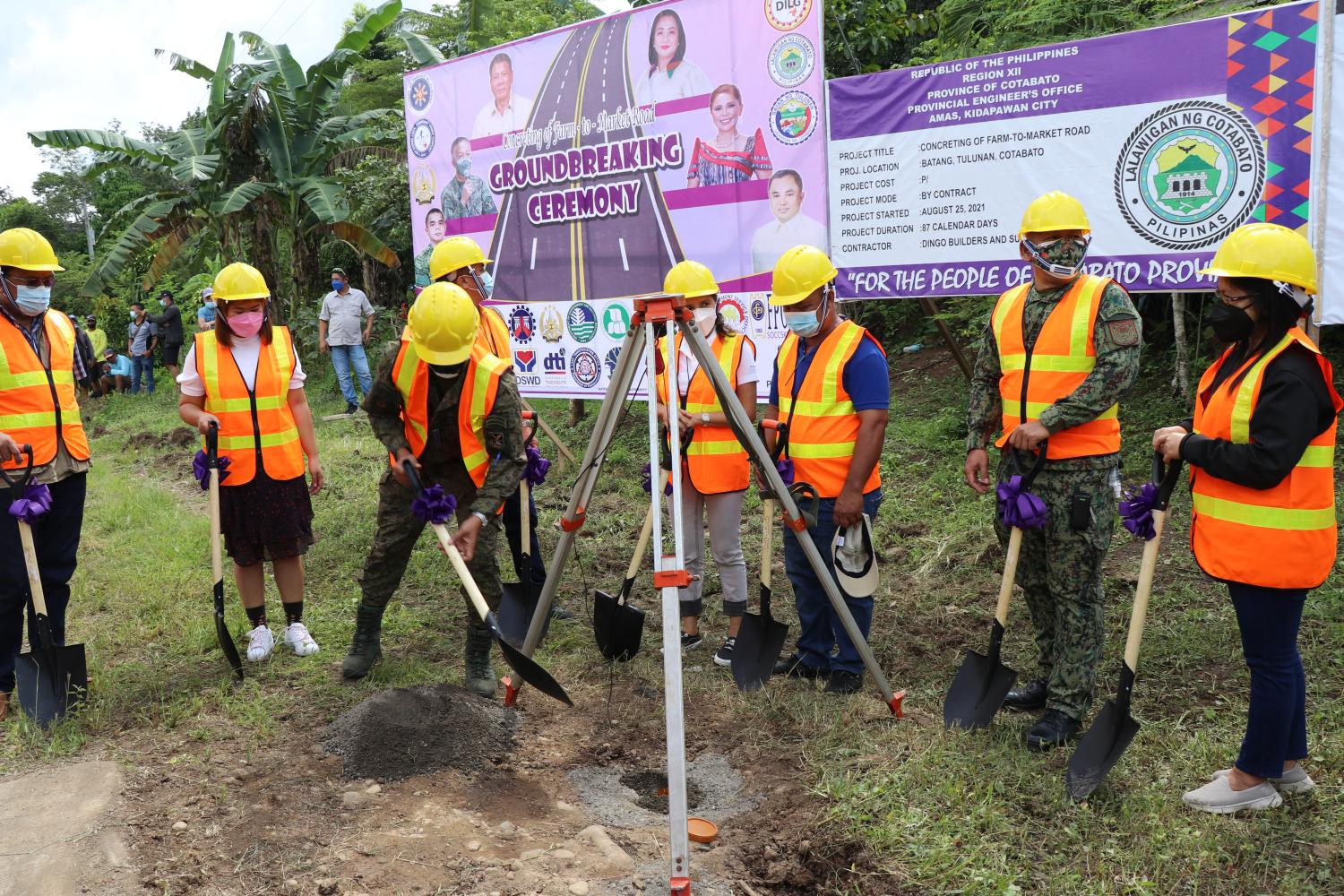 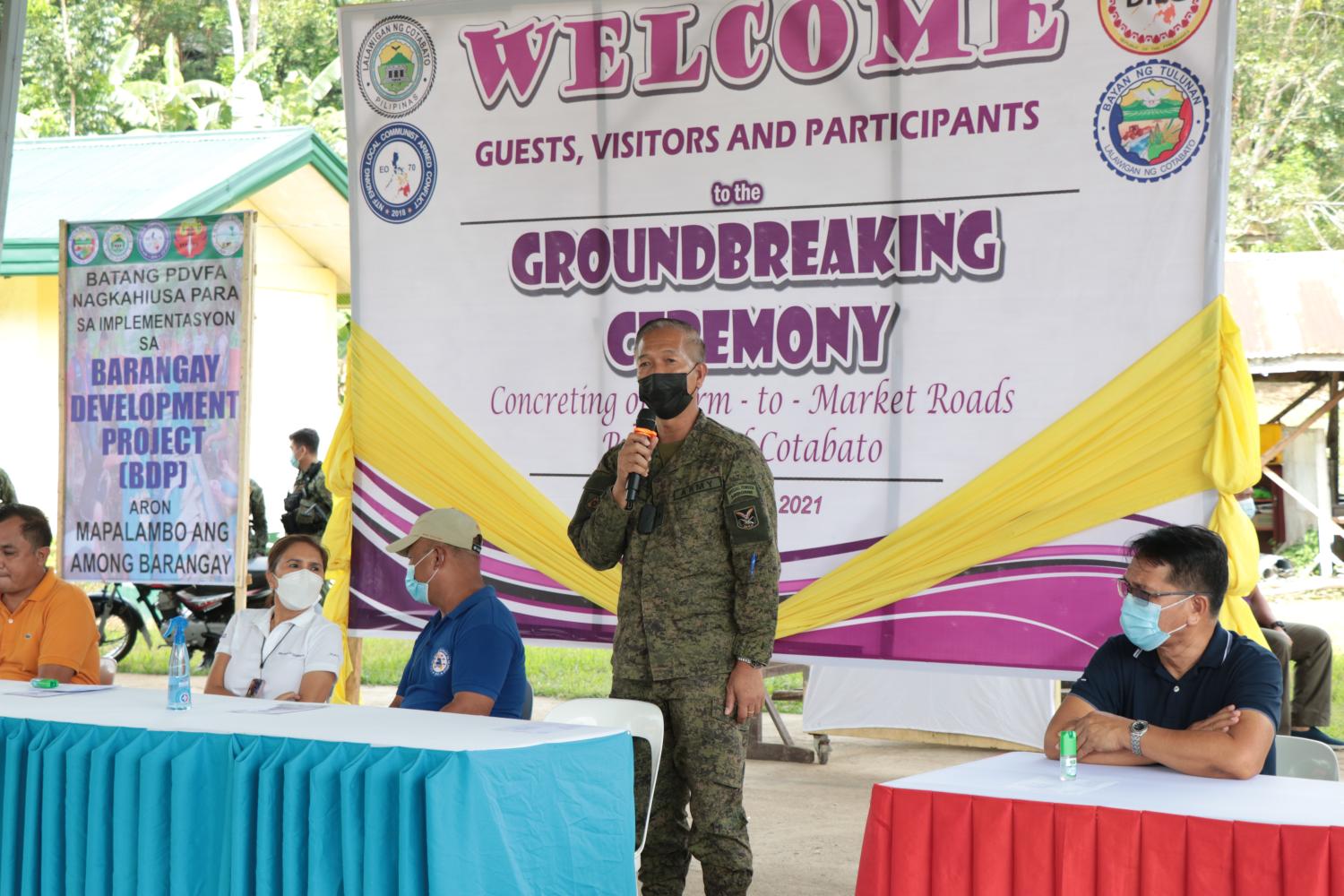 As the series of groundbreaking ceremonies for the multi-million SBDP- ELCAC Projects in Cotabato Province continues, DILG XII has its hand full going around in barangays where the projects are located.

In one of the latest sorties last September 22-23, 2021 in three (3) Municipalities of the said province, DILG Provincial Director Ali Abdullah, representing Regional Director Josephine Cabrido-Leysa, CESO III, has officially signalled the start of the construction of the projects totalling P46.9 Million, through the groundbreaking rites, composed of the Concreting of Farm-To-Market Road projects in Brgy. Luayon, Makilala (P15.9M), Brgy. Batang, Tulunan (P16M), and Brgy. Datu Ladayon, Arakan (P15M), all in Cotabato Province.

Mrs. Quibod, speaking for and in behalf of her husband Mayor Armando Quibod and their constituents, expressed their deep appreciation for the SBDP-ELCAC Program because through the road project, the barangay is opening up doors for better economic opportunities. The residents of Luayon are still recovering from the aftermath of the swarm of earthquakes that shook the municipality and other nearby areas a couple of years ago.

PD Ali Abdullah, in his speeches, emphasized the importance of the SBDP- ELCAC Program to the barangays which have already been cleared of insurgents. The residents now receive support from the government as they start anew in terms of livelihood, health, safety and overall community progress.

Gov. Nancy Catamco, in her speeches, also reiterated to the beneficiary communities that the projects under the SBDP-ELCAC such as concreting of roads, waters supply system, infrastructure, and livelihood provisions “are manifestations of government support to the communities that have been cleared from insurgency through the efforts of Armed Forces of the Philippines (AFP)”.

Meanwhile, Major General Ernesto Torres Jr, , congratulated the constituents of Datu Ladayon, Arakan for the launching of the SBDP-ELCAC Projects and took his chance to explain the process of selection of the target community. “Hindi po in random lamang pinili ang mga barangay na ito. There were a lot of work that were put in and it is a product of a continued collaboration between the LGU and the community. By steps po ito ginawa,” the General explained.

The military has been tasked to clear the barangays of the presence of the CTGs and the whole process took many years and entailed much hardship. Gen. Torres then thanked the LGU and the residents for their partnership. “We could have not done it alone”, Major Gen. Torres added.

Arakan Vice-Mayor Jenefier Anarna-Pangilinan also proudly presented the concreting project to the people of Datu Ladayon, being the “fulfilment of a promise from the government to the people”. She added that the project is a ‘symbol of government support that can now be felt by the community.’