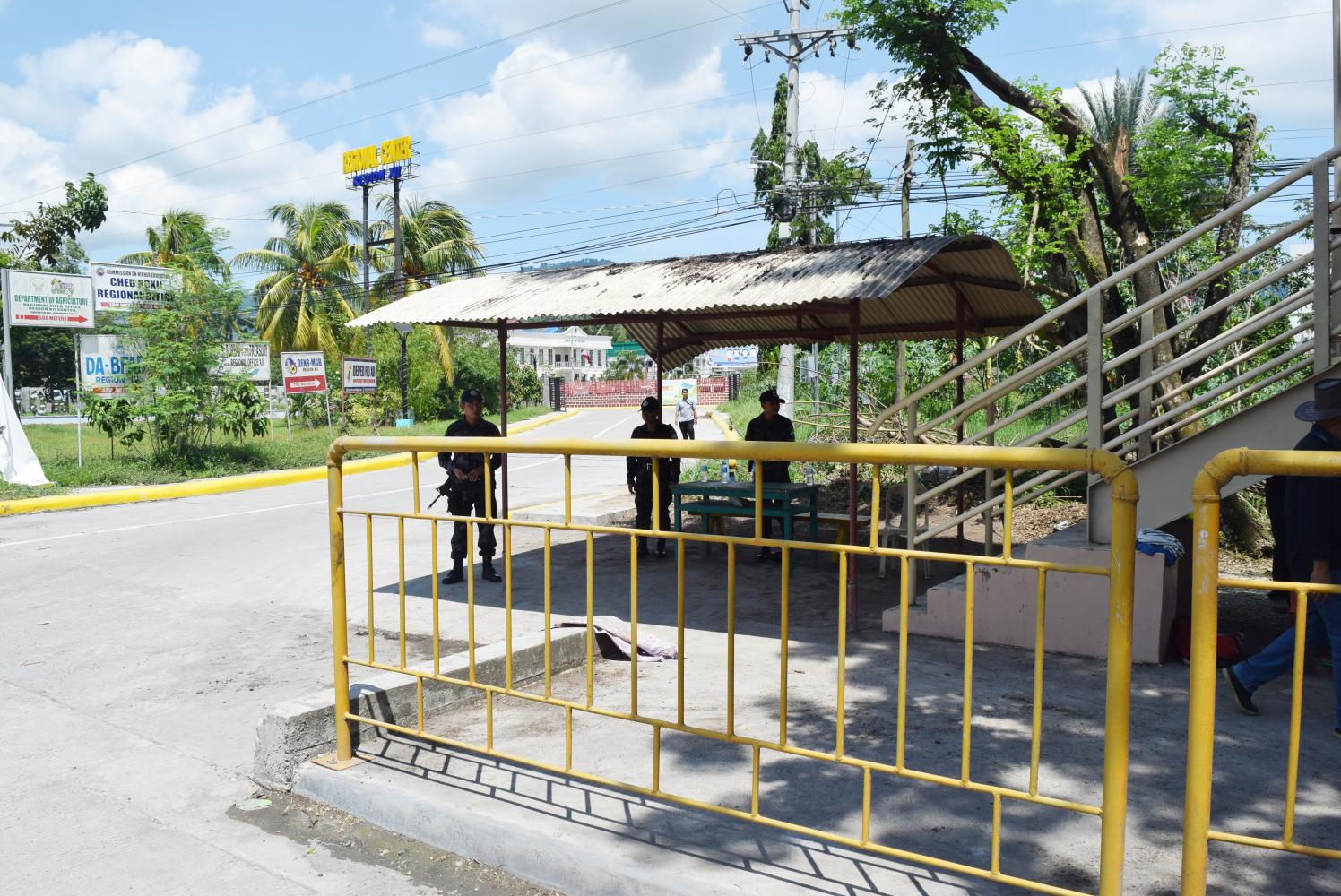 Koronadal City - The Department of the Interior and Local Government (DILG) -Regional Office XII, together with the officials of Barangay Carpenter Hill and the Koronadal City PNP, joined hands for an initial clean-up drive at the entrance gate of the Prime Government Center, this City.

Recently, there had been an isolated shooting incident involving a government employee not far from the gate. The victim succumbed to gunshot wounds coming from unidentified gunmen on board a motorcycle. In the process, the suspects even managed to snatch away the victim’s handbag upon their escape. The case remained unsolved to this day. Another case theft was also reported in the area where a heavy steel ramp was taken by unknown suspects. The ramp was installed in a curb to facilitate the easy access of vehicles.

The same concern was also relayed by P/Col. Egos to Punong Barangay Pastera to which the latter responded by sending his team of able-bodied Barangay Peacekeeping Action Team (BPAT) members to clean up the area at the Regional Center entrance which had been overgrown by weeds, shrubs and some trees.

P/Col. Egos committed to send a small team of police personnel in the area to man the Police Assistance Desk to be temporarily housed at the waiting shed right next to the entrance/ exit passage to the Regional Center.

According to the police chief, a bigger team would be soon deployed once a police COMmunity Police Action CenTer (COMPACT) is put up in the same location. ‘This Desk will only be temporary and our personnel will be around from 8 in the morning till 5 in the afternoon. Eventually, we could have an outpost manned by the men from the City Police office, 24/ 7,” Col. Egos assured. “There is a need to establish our presence in the locality knowing that we have almost all of the main regional offices located here”, the police chief added.

PB Pastera agrees that the area should be cleared and be maintained clean to dispel the impression that the area had been abandoned and neglected. “ I believe we should make a good impression to all our clients who visit the Regional Center”, PB Pastera was quoted as saying, as a chainsaw roars in the background, cutting off some large pieces of a fallen Acacia tree which needs to be taken out of the pavement under the pedestrian bridge.

“I will make efforts to relay to the City Government the need to clear the area of thick grasses, to complete the image of a well-maintained government site,” added PB Pastera, while ordering his men to clear the pedestrian overpass of dried leaves.

The Regional Center is just a stone’s throw away from the Barangay Hall of Carpenter Hill, on the opposite side of General Santos Drive.

RD Leysa, on the other hand, was equally impressed with the quick response from City Police Chief Egos and Punong Barangay Pastera. “This is the cooperation and collaboration we need, not just in this particular concern, but in other future partnerships as well,” RD Leysa expressed.

“Guests and clients of the regional offices housed in the Center will definitely be thankful especially now that the pedestrian overpass is well-lit and much cleaner now,” Director Leysa continued.

“We thank PB Pastera for the commitment to help us create a good impression about our Regional Center. We expect similar moves from other sectors as well, especially in the beautification of the Regional Center’s front garden,” Rd Leysa quipped. ###