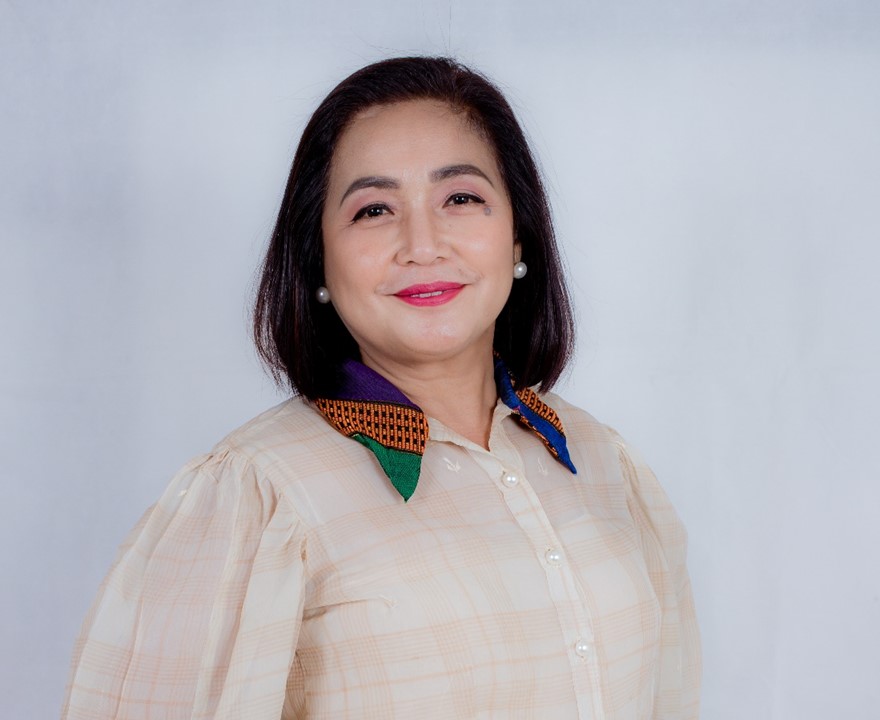 The title becomes her and in fact, that is how everyone calls her, including her students at the Koronadal National Comprehensive High School (KNCHS), her Alma Mater. That is how she started working in the government back in 1989. From that year until 1996, she had been ‘Ma’am Jo’, the Teacher. Seven years prior to her teaching stint, however, she worked for the people of Koronadal and the province of South Cotabato as an elected official.

Back in the ‘80s, she served for fellow Koronadaleños in her capacity as a member of the Sangguniang Bayan of the then Municipality of Koronadal, finishing her four year stint which started from May 1980 to November 1984. She then continued to serve, this time, as a member of the Provincial Board of South Cotabato for the next three years (from 1984 to 1987).

Yes, she had been a licensed teacher before she joined the Department, starting out as a Local Government Operations Officer II in 1996. That was when she found her new passion that fueled her desire to be in government service permanently.

Ma’am Jo finished her elementary at New Pangasinan Elementary School in Koronadal City. She grew up in the said barangay and spent her early childhood there. Her achievements even when she was still a pupil are truly admirable as they mirror her great sense of commitment, hard work and passion that she displays now. She was her class Valedictorian when she finished elementary. She belonged to the Top Ten of her class when she finished high school at the Koronadal National Comprehensive High School (KNCHS).

She holds a bachelor’s degree in Commerce, major in accounting, at the Notre Dame of Marbel College, now Notre Dame of Marbel University. She also earned her Master in Public Administration degree back in 2003 from the same institution. In January 2019, she added another feather to her cap when she finished her Master in Crisis and Disaster Risk Management (MCDRM) degree from the Philippine Public Safety College. She belongs to Class Matatag (2nd batch) of MCDRM, completing her well-rounded skills, this time with special training and skills for disaster preparedness and risk management.

Bold-spirited and strong, she hurdled countless challenges in her professional career. She ascended quickly to the ladder of the Department of the Interior and Local Government’s career path. She had been given recognition being the former Coach of the National Winner for Outstanding Lupong Tagapamayapa CY 2002 to 2005 - Hall of Fame (and for the record, she was the sole recipient of such recognition in Region XII to date) and a coach of Chief Girl Scout Medalist.

Her passion and ceaseless commitment in mentoring and empowering the LGUs is unparalleled, making the town of Tampakan, where she served as their LGOO, and the province of South Cotabato, to excel and shine in the field of community service.

In July of 2016, a new twist in her career came in an unexpected manner. She was handpicked to become the Head Executive Assistant to the then Secretary Ismael D. Sueno. When Sec. Sueno’s term was abruptly ended, she continued to serve the other secretaries of the Department: OIC-Secretary Catalino S. Cuy and the current Secretary Eduardo M. Ano.

Before she got the post at the DILG Central Office, she had been the Provincial Director of DILG-South Cotabato. She was also the Assistant Regional Director at the DILG Regional Office XII before working as the Head Executive Assistant.

She is a Career Executive Service Officer and a Licensed Teacher, a certified mom of four and a grandmother to her four grandchildren.
She is married to Roberto A. Leysa, a former government official and a member of one of the pioneer families in Tampakan.

On January 15, 2019, she officially started her stint as the Regional director of the DILG Regional Office XII. Her rich experience and vast exposure at the Central Office becomes part of her package as she serves her hometown, Koronadal, and the bigger place she calls home, Region XII.

Her portfolio is fascinating as each of her experience gives life to her being a woman of service and a woman of God. She has spent almost her entire career as a public servant and her passion for change, mentoring people and leading others have always remained consistent. It has never waned a bit through the years.

Please welcome and meet the Regional Director of DILG XII. Ms. Josephine Cabrido-Leysa. Of course, she will remain “Ma’am Jo” to all of us.